Famous for being the ‘Lady with the Lamp’ who organised the nursing of sick and wounded soldiers during the Crimean War, Florence Nightingale’s far-sighted ideas and reforms have influenced the very nature of modern healthcare.

Her greatest achievement was to transform nursing into a respectable profession for women and in 1860, she established the first professional training school for nurses, the Nightingale Training School at St Thomas’ Hospital.

She campaigned tirelessly to improve health standards, publishing over 200 books, reports and pamphlets on hospital planning and organisation which are still widely read and respected today, including her most famous work Notes on Nursing: What It Is and What It Is Not.

Florence’s influence on today’s nursing ranges from her ward designs (known as Nightingale Wards), which were developed in response to her realisation that hospital buildings themselves could affect the health and recovery of patients, through to pioneering infection control measures and the championing of a healthy diet as a key factor for recovery. Florence also believed in the need for specialist midwifery nurses and established a School of Midwifery nursing at King’s College Hospital which became a model for the country.

Florence is also credited with inventing a sort of pie-chart which she called a coxcomb diagramme (to show statistics visually) and was the first woman to be elected to the Royal Statistical Society. She was also the second woman to be awarded the Freedom of the City of London, which she received in 1908.

She inspired the founding of the International Red Cross which still awards the Florence Nightingale Medal for nurses who have given exceptional care to the sick and wounded in war or peace.

For more information we recommend Mark Bostridge’s book “Florence Nightingale”, available from both our gift shop and online shop.

Born in an era when middle-class women were expected to simply make a good marriage and raise a family, Florence sensed a ‘calling’ from God at an early age and believed she was destined to do something greater with her life. As a child, she was very academic and particularly interested in mathematics. Her religion gave her a strong sense of moral duty to help the poor and, over time, she held a growing belief that nursing was her God-given vocation. She was also perhaps set to follow the family tradition of reform mindedness, such as the example set by her maternal grandfather who was an anti-slavery campaigner.

Paid nursing suffered a reputation as a job for poor, often elderly women, and the popular image was one of drunkenness, bad language and a casual attitude to patients. Despite parental concern, she persisted in her ambition, reading anything she could about health and hospitals. Eventually she persuaded them to allow her to take three months’ nursing training at an inspirational hospital and school in Dusseldorf. Aged 33, she then became superintendent of a hospital for ‘gentlewomen’ in Harley Street, London.

In March 1854, reports flooded in about the dreadful conditions and lack of medical supplies suffered by injured soldiers fighting the Crimean War. The Minister of War, a social acquaintance, invited Florence to oversee the introduction of female nurses into the military hospitals in Turkey. With a party of 38 nurses, Florence arrived in Scutari that November and set about organising the hospitals to improve supplies of food, blankets and beds, as well as the general conditions and cleanliness. The comforting sight of her checking all was well at night earned her the name ‘Lady of the Lamp’, along with the undying respect of the British soldiers.

The introduction of female nurses to the military hospitals was deemed an outstanding success, Florence returned to Britain a heroine, and donations poured in to the Nightingale Fund. The money collected enabled Florence to continue her reform of nursing in the civil hospitals of Britain after the war. Determined that the medical mistakes of the two-year long war were never repeated, she vividly communicated the needs for medical reform using statistical charts which showed that more men had died from disease than from their wounds. She then instigated a Royal Commission into the health of the army which led to a large number of improvements and saved the lives of many.

Her attention later turned to the health of the British army in India and she demonstrated that bad drainage, contaminated water, overcrowding and poor ventilation were causing the high death rate. She concluded that the health of the army and the people of India had to go hand in hand and so campaigned to improve the sanitary conditions of the country as a whole.

The Nightingale Training School was established in 1860 using donations from the Nightingale Fund. Its reputation soon spread and Nightingale nurses were requested to start new schools all over the world, including Australia, America and Africa.

Despite often being confined to her sick bed, by what we now believe was a bacterial infection known as brucellosis, Florence continued as a driving force behind the scenes, writing some 13000 letters as part of her campaigns. She met Queen Victoria on many occasions and exchanged correspondence for over thirty years. Florence was awarded the Royal Red Cross in 1883. Then in 1907 she was the first woman to receive the Order of Merit, Britain’s highest civilian decoration.

Florence died aged 90, on 13th August 1910, and was buried alongside the graves of other family members in East Wellow, Hampshire. 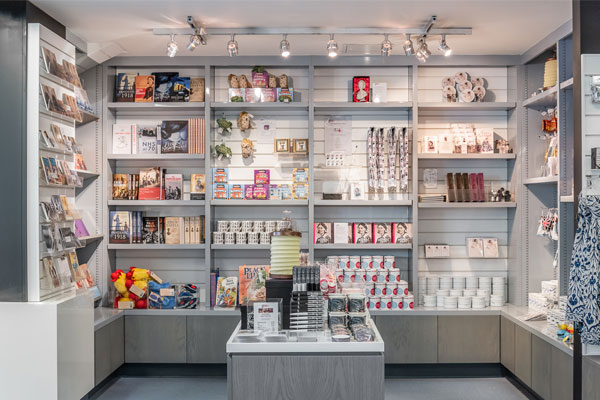 Would like to find out more? Visit our shop and discover the best and most accredited books about Florence Nightingale.