In 1918, as WW1 approached its end, nothing could have prepared the world’s population for an even more deadly event that was about to engulf them – the devastating Spanish Flu.

Infecting up to half of the world’s population, the death toll from this lethal pandemic far outstripped that of the war, with victims suffering from often terrifying and gruesome symptoms. One of the worst was heliotrope cyanosis, with which patients turned blue and eventually drowned in their own bodily fluids. No one was immune from this terrible infection, from Walt Disney to Lloyd George.

Visit our exhibition on the centenary of Spanish Flu to find out how the pandemic spread across the globe, the strange and often dangerous ‘treatments’ and discover how nurses – inspired by the work of Florence Nightingale – were the only thing that helped, and therefore it was typically women that bore the brunt of trying to halt this deadly killer.

Collect your own scratch card on arrival to find out… will you live or die! 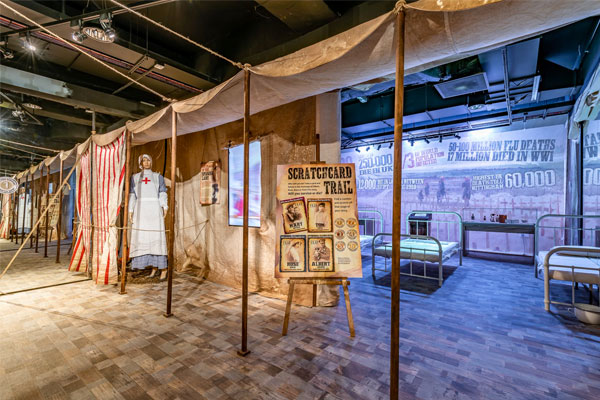